Even if you aren't from S.C., I'm sure you've seen this emblem and wondered what it is. 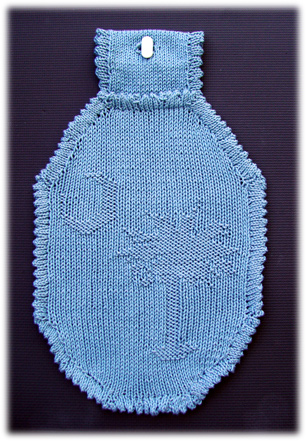 SC Palmetto Tree and Crescent Moon from the SC Flag

with a knitted picot edge.

Both a chart and written instructions are included.